October 13, 2009
Back in my first post in January 2008, I showed this ad, as an example of the recognition (and celebration) of "real people" that's been absent in modern advertising (except as a source of humor, over-romanticism and post-modern irony). Here's another ad I recently discovered from that same campaign: 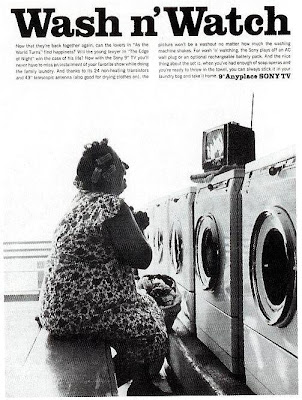 Contrast that with this spot two decades later. Similar laundromat setting, a similar depiction of an overweight laundromat lady (around :46) -- but here, she -- and the others -- are just used as visual shorthand for the prim, traditional sensibilities our counter-cultural jeans-washer offends:
Commercials Creativity Culture