To Heinz and back 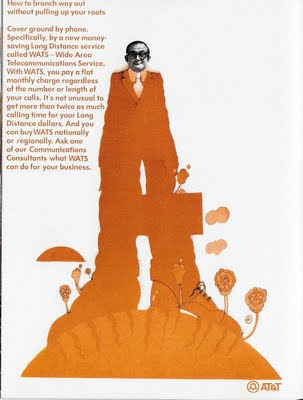 In a post on May 19 of last year, I traced the apparent inspiration for this 1970 At&T ad back to the look of The Beatle's 1968 "Yellow Submarine," movie. 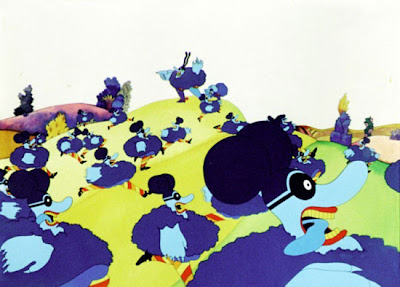 The art director behind that movie's graphics, Heinz Edelmann, passed away recently. Interestingly, as the NY Times reports,

Despite the huge influence of “Yellow Submarine” on the culture of the time, Mr. Edelmann admitted that he could never quite connect with the 1960s aesthetic. Once the film was complete, he altered his approach to avoid being pigeonholed as a psychedelic artist, becoming considerably less ethereal and decorative...

Some examples of Edelmann's (non-psychedelic) poster work can be seen here.