What you really need to know about branding is right here:

July 24, 2009
In its obit for John S. Barry, the exec who's credited with making WD-40 the lubricant found in 80% of American homes, the NY Times says 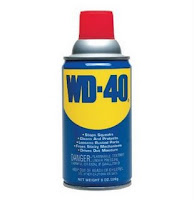 Mr. Barry acknowledged in interviews with Forbes magazine in 1980 and 1988 that other companies, including giants like 3M and DuPont, made products that closely resembled WD-40.