Time, for a lesson in headline writing

September 22, 2009
John T. Elson passed away recently. As Time Magazine's religion editor in 1966, he wrote the cover story for the April 8th issue of that year, the edition that would give Time its biggest newsstand sales in more than 20 years and provoke 3,500 letters to the editor. As the New York Times notes:

For more than a year, Mr. Elson had labored over an article examining radical new approaches to thinking about God that were gaining currency in seminaries and universities and spilling over to the public at large.

When finally completed, it became the cover story for the issue of April 8, as Easter and Passover approached. The cover itself was eye-catching, the first one in Time’s 43-year history to appear without a photograph or an illustration. Giant blood-red letters against a black background spelled out... 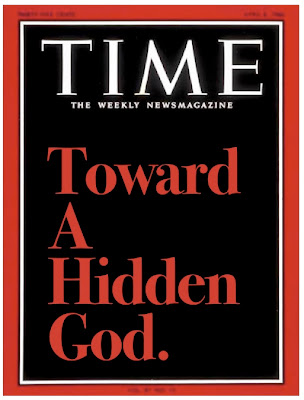 Okay, that's not the cover. That's actually the title of the article as it appeared on the inside. For the cover, the editors instead chose the first sentence of the article: 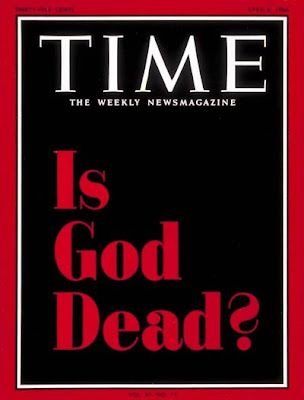 Shorter, punchier, and most importantly, much more provocative, while still being true to the content of the story. Makes you want to open the magazine, if only to see which way they go on the answer.
Copywriting Creativity Culture