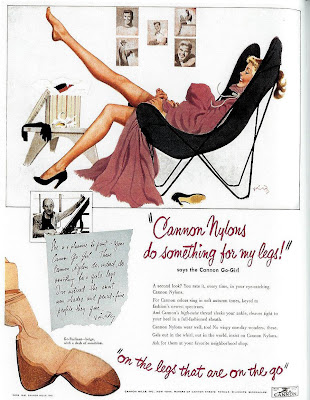 "Cannon nylons do something for my legs" gushes the headline -- but despite the first-person voice, the real testimonial comes from the artist who illustrated those shapely gams: 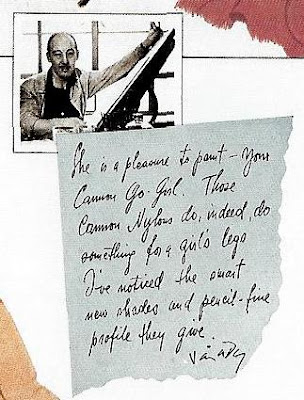 I can't decipher the artist's signature (or recognize his photo), but based on other ads in the series, I'm pretty sure he was one of the popular "pin-up girl" illustrators of the era. And as such, a pop-cultural authority, I guess, on how a well-turned leg should appear.
An interesting idea, and well executed. Despite adapting an art form that was created pretty much exclusively for men, the artist's style -- here, equal parts sensual and "girl next door" -- seems non-threatening to women while showing them an idealized version of the appearance they want.
Other ads in the series feature more easily identifiable pin-up artists, including Frederick J. Smith... 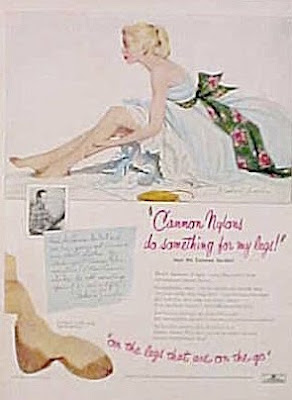 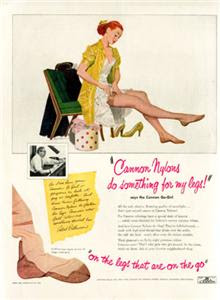 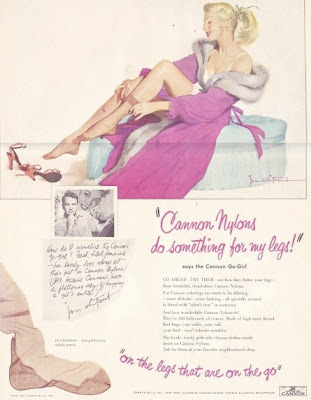 If the idea of letting notable artists interpret your product seems more contemporary than this, that may be because this liquor-maker employed a similar campaign through the '80s and '90s: 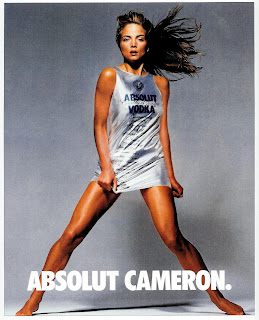