September 23, 2011
A few months back, I noticed there were lists making the way around the web that purported to be "The Greatest Movie Themelines Ever Written" -- actually, it seems to be more or less the same list everywhere. This list is pretty representative of the thinking.
I'm not going to go through the choices movie by movie. But if you do, you'll see that most of the themelines chosen are are, at best, just clever wordplays, and at worst, too-clever-by-half puns. They may bring a smile to your face and they might even give you some idea of the subject matter. But by and large, most of these evoke no real desire to see the movie. And shouldn't that be the real yardstick by which you should judge the "greatest" themeline?
It's not surprising that truly great themelines are few and far between. After all, it's not every day that someone comes up with "Just when you thought it was safe to go back in the water" or "In space, no one can hear you scream" (rightly revered as the Gold Standards of movie themelines).
That's why we remember those so well. But here's a very select few off that list that I think do a pretty good job of reaching that high standard:

"THE MONSTER DEMANDS A MATE!" It isn't just the creepy idea of what kind of woman would submit to Frankenstein's creation -- it's urgency of the wording itself. The creature doesn't just want a mate (with the suggestion of procreation that term implies) -- it DEMANDS one! 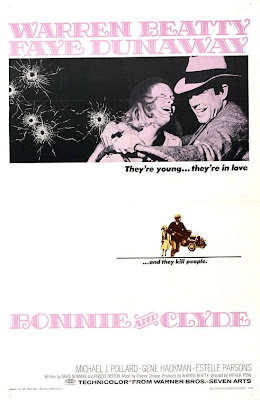 A perfect themeline for the movie that, perhaps, more than any other, exemplified the rule-breaking influence of the counterculture on "The New Hollywood" of the '70s. "THEY'RE YOUNG, THEY'RE IN LOVE" the line begins, promising us the kind of starry-eyed romances that Tinsel Town specialized in. "...AND THEY KILL PEOPLE" the line ends in a shocking deadpan, much like the image at top of a laughing Faye Dunaway and Warren Beatty, spidery bullet holes, moving across the windshield ever closer to them." 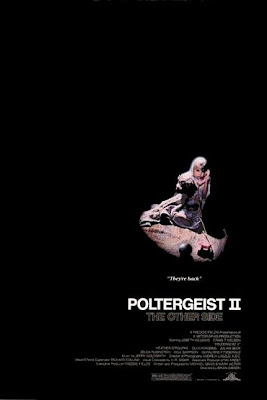 For everyone who remembers the chilling "They're here." spoken by little Carol-Ann after making contact with the vengeful spirits haunting their tract home, this simple themeline both references that quote and promises more of the same (whether it delivered on the promise is another matter). You can't read "THEY'RE BACK." without giving it the same ominous sing-song inflection of the original ("They'rrre baaa-aa-ck."). 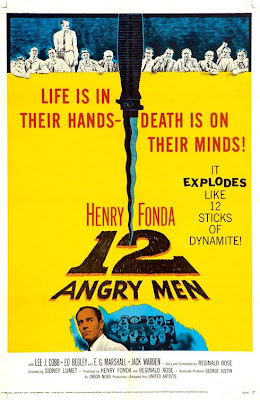 Never mind the overheated hyperbole of "It explodes like twelve sticks of dynamite!" The main two phrases -- "LIFE IS IN THEIR HANDS - DEATH IS ON THEIR MINDS!" -- doesn't just set up the stakes, it creates a dramatic tension between life and death, mind and body, compassion and retribution. 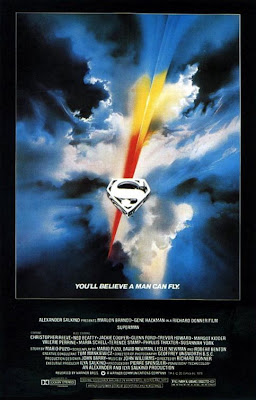 Back in 1978, "YOU'LL BELIEVE A MAN CAN FLY" wasn't just promising a new achievement in special effects (though, at the time, it was leaps and bounds ahead of any "flying" previously visualized), it tapped into the yearning in our collective hearts for a hero we could believe in, in this post-Vietnam, post-Watergate, economically depressed era. 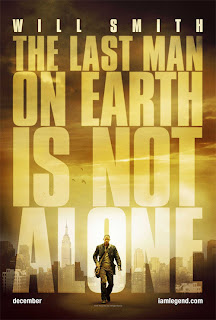 The sun-baked, hazy color palette has an appropriately post-apocalyptic feel, but really, post-apocalyptic stories are a dime a dozen these days. No, it's the inherent contradiction of the themeline which intrigues us: "THE LAST MAN ON EARTH IS NOT ALONE." A wonderful way of making the protagonist seem tough and resourceful, but isolated and vulnerable to...WHAT? 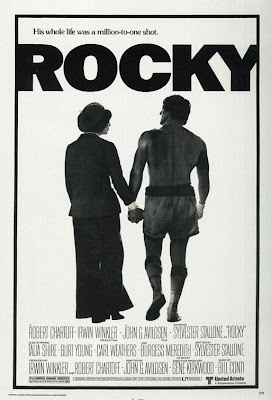 "Rocky" wasn't a boxing movie, it was a character movie about a loser who turned his life around while (ironically) losing. This poster worked beautifully to broaden the audience beyond sports fans, by picturing him not throwing a punch, not raising his gloves in triumph, but by walking away from us, humbly, hand in hand with a woman. For anyone who likes an underdog story, the come-on was irresistible: "HIS WHOLE LIFE WAS A MILLION-TO-ONE SHOT." 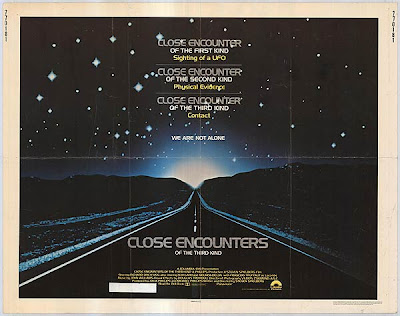 "Close Encounters" may have directed by Steven Spielberg coming off his "Jaws" success, but the movie had a couple strikes against it right off the bat. Few people knew what the title meant (necessitating all the exposition at top); and though the cast included such recognizable faces as Richard Dreyfus and Teri Garr, the only stars pictured were in the night sky, above a desolate highway and a mysterious flash beyond the horizon. "WE ARE NOT ALONE." was on the surface, a simple, declarative statement, but in an era when speculation about "little green men" was running rampant through popular culture, the themeline promised you that the matter would be settled here. 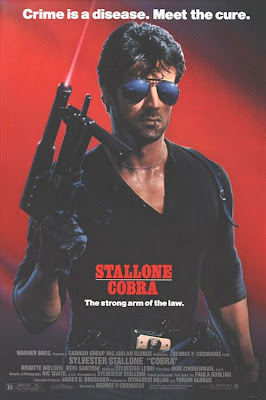 When violent crime was all the talk in the media, Stallone was there to tap into the (exaggerated) fears of urbanites. "CRIME IS A DISEASE. MEET THE CURE." 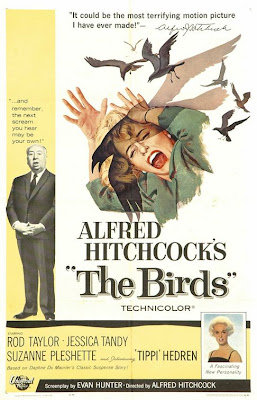 "AND REMEMBER, THE NEXT SCREAM YOU HEAR MAY BE YOUR OWN." Working the same side of the street as the "Alien" themeline ("In space, no one can hear you scream.") and just as cleverly understated, Hitchcock's quote leaves you with the sense that, even if you're not screaming, everyone around you will be. 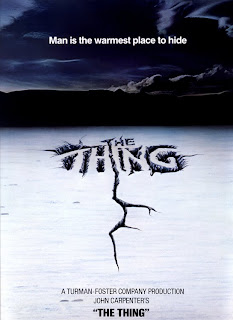 With its unsettling implications of...something...some thing...having invaded your body (and calling to mind the gestating creature of "Alien"), "MAN IS THE WARMEST PLACE TO HIDE." makes you feel the tension and dread that suffused this movie throughout. 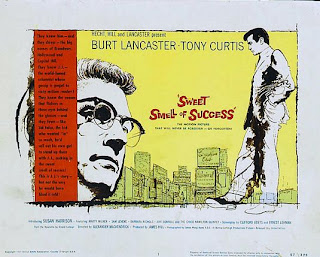 This last one is less a themeline than a precis, and its worth reading in its entirety, below. But the last sentence does stand on its own to draw you into a story of one man's fall from grace:
"THIS IS J.J.'s STORY...BUT NOT THE WAY HE WOULD HAVE LIKED IT TOLD."

jeff Vlaming said…
Wow. I'll never look at another movie poster the same way again. Of course now, the movie poster is the online trailer... that must be suffered in 2D.
April 25, 2012 at 7:58 PM