When advertisers go negative (on themselves) 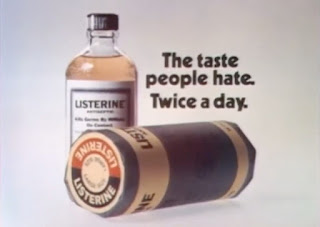 It’s become a legendary example of how writing with truth and candor can make a powerful appeal.

When Ernest Shackleton was seeking crew members for an expedition to the South Pole, he was said to have run this small ad in The Times of London:

Talk about painting a bleak picture. But as first recounted by Carl Hopkins Elmore in his 1944 book, Quit You Like Men (a biblical phrase exhorting one to be courageous), “so overwhelming was the response to his appeal that it seemed as though all the men of Great Britain were determined to accompany him.”

Wow, great story. Sadly, the ad likely never ran. Despite historians and amateur historians combing through all the publications of the time, no one has ever found the ad’s appearance.

But let’s set aside the question of whether it happened or not, and consider the underlying premise. In politics, it’s called a Kinsley Gaff – when a politician accidentally tells the truth – but in advertising, we call itauthenticity.

Usually, that involves a sense of humility or realism about the limits of your product, or presenting it in a non-idealized way. It can be evoking the feel of an underdog – think of Avis’ “We’re number two so we try harder” campaign of the ‘60s. (Openly admitting you’re not the market leader. Who would do such a thing?) 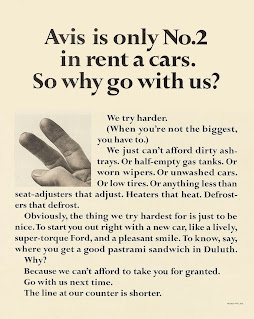 But every once in a while, an advertiser (and maybe Shackleton), realizes the key to persuasion isn’t extolling the virtues of your product, but its vices.

Take Listerine, for example. It was created back in 1879 as a surgical antiseptic for killing germs in the mouth. But it took almost 40 years before the product caught on as a mouthwash, driven by the made-up malady that had people willing to put up with its bad taste if it eliminated the scourge of “halitosis” (pseudo-Latin for bad breath). That led to Listerine’s memorably blunt 1970s slogan, “The taste people hate, twice a day.” Exaggerating a product’s effectiveness is nothing new in advertising – but usually you don’t play up the unpleasantness it causes.

Altoids in the late 1990s took a similar tack, with tongue-in-cheek ads emphasizing the peppermint’s strength to a painful degree (“Ooh, That’s Gotta Hurt,” exclaimed one ad. “Cruel and Unusual Peppermint,” deadpanned another.)

Perhaps even more surprising in our appearance-driven culture is when an advertiser dares to call their own product unattractive. But if you’re Volkswagen, that homeliness becomes its own selling point. Thus, their 1966 ad, “Ugly is only skin deep,” acknowledges the car’s non-flashy design but uses it as a lever to extoll the reasons why you should look beneath the surface (and the hood).

(At the other end of the auto spectrum, a 1991 Porsche ad facetiously listed their benefits as drawbacks: “Too Fast. Doesn’t blend in. People will talk.”)

And back when cigarettes could advertise on TV, Benson & Hedges drew attention to their new extra-long 100s by presenting them as an inconvenience. Commercials showed smokers humorously mis-judging the length of their cigarettes – getting the end stuck between closing elevator doors, for instance, or lighting the beard of a man in close conversation. (“Oh, the disadvantages of new Benson & Hedges 100s … Look what people put up with to smoke them.”)

These lessons weren’t lost on me when a local health care provider wanted to encourage women to schedule a mammogram. Recalling how I’ve heard women talk about the procedure in the past, I wrote this headline: It’s awkward, uncomfortable, and so worth it.”

But when it comes to bracing negativity, few ads can top the 1960s Chivas Regal one touting the new change in their whisky’s bottle, from dark green to clear glass. Instead of announcing the new look with pride, the 1960s-era ad cast an eye on the very executives behind the new bottle, and demanded to know, “What idiot changed the Chivas Regal bottle?” – pre-empting the indignant attitude of Chivas traditionalists to make the change more palatable.

But let’s give the last word to (appropriately enough), a comedy writer and his counter-intuitive bit of honesty that, unlike Shackleton’s, can be confirmed.

Irving Brecher’s career began in the early 1930s, when, as a 19-year-old movie theatre usher, he learned from a critic for Variety that it was possible to make money selling jokes for comedians. In its 2008 obituary on the venerated movie and vaudeville writer, the New York Times recounted,

Knowing of Milton Berle’s reputation as joke-pilferer, he placed an ad in Variety, reading, in part: “Positively Berle-proof gags. So bad not even Milton will steal them.”

Berle himself hired him.