When hate is better than love 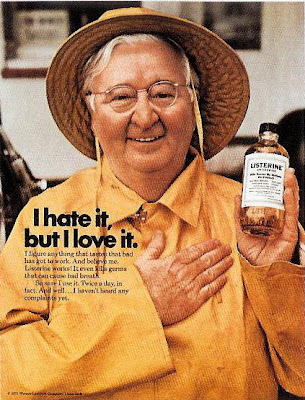 You've got to respect any product that dares to say what consumers really think about it, even if the execution is a bit clunky in this 1971 ad. Instead of dancing around the unpalatable taste, the campaign managed to turn its biggest drawback into its biggest selling point (the brand has since formulated some milder versions). Too bad the message is delivered by some cutesy attempt at "real people."

This commercial from the same year is only marginally better (though it does star actor Judd Hirsch of the sitcom "Taxi").