Which came first? The movie or the ad? (Part 2) 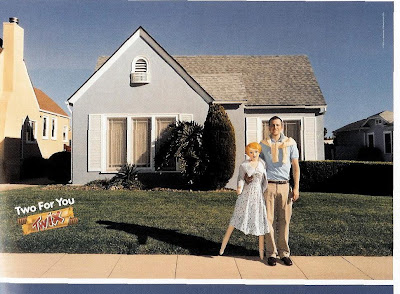 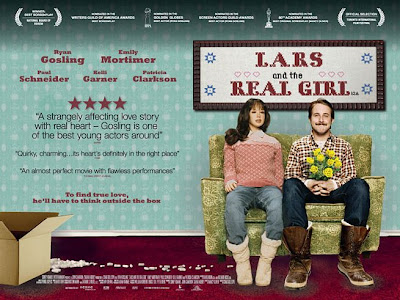 The British Twix campaign ran in 2005.  America's "Lars and the Real Girl" was released in 2007, but interestingly, was written (by former "Six Feet Under" scribe Nancy Oliver) at least two years previously, when it gained attention as one of the most-liked unproduced scripts in Hollywood.   I'd chalk it up to pure coincidence, though.
Ms. Oliver credits her inspiration here as being a "what if" musing, i.e., What if we treated our mentally ill with kindness and compassion? -- two qualities which are not evident in the Twix ad (or, strangely enough, in the movie poster).
(Read part one here.)
Ads Movies