August 04, 2008
What is it about creative people that they love to incorporate into their ads the comic book heroes of their youth -- but rarely depict them in a respectful way?

Maybe it has something to do with the need for former fans to show that they're above hero worship now, to repudiate their childhood fascination by forcing these iconic characters into the "real world" and all that implies.  Maybe they're trying for attention by warping a cultural icon.  Or maybe they're just going for an adolescent joke.  Whatever.

Here's Spider-Man. Created in 1963 and eternally young (though he did age from a high schooler to an indeterminate 20-something over the course of 500 issues).  Still, in actual years, he'd be around 60 years-old today. 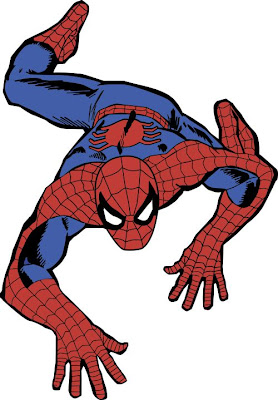 ...and apparently, swinging from skyscrapers and battling super villains isn't quite enough to stave off that middleaged paunch and bad knees, as evidenced in this healthclub ad: 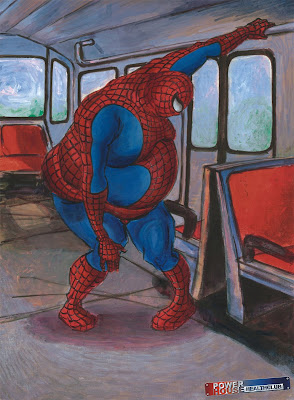