August 11, 2008
Is there no end to the ways advertising can trample on the nobility of comic book heroes? Actually, there's just two more, as we'll see today and tomorrow.

Captain America, Living Legend of World War II. Previously, Steve Rogers, a scrawny Army reject beefed up through an experimental Super Soldier Serum (and frozen in suspended animation from the late '40s until our era, if you're wondering how he can still be so dang youthful today). 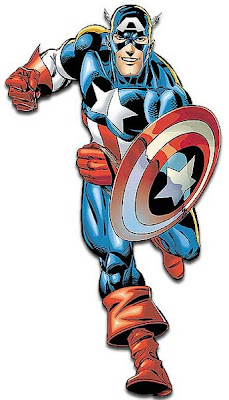 He's dead now -- but when he makes his inevitable resurrection, I think, given all he's been through, that we can forgive him if he goes on another bender like the one this beer ad is implying: 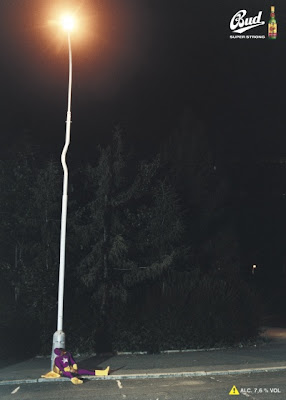