August 08, 2008
Continuing our exploration of the ways that America's comic book paragons of perfection and nobility are reimagined with all-to-human flaws in modern advertising:
Today:  Wonder Woman, a.k.a. Princess Diana from an isle of Amazons.  Basically, a distaff Superman, she was said to be "beautiful as Aphrodite, wise as Athena, swifter than Hermes, and stronger than Hercules." 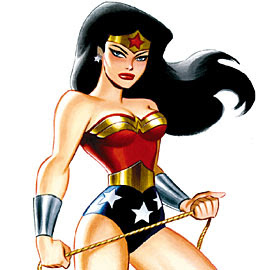 But apparently, she was also more hedonistic than Bacchus or at least careless as all get-out, as evidenced in this AIDS-prevention ad: 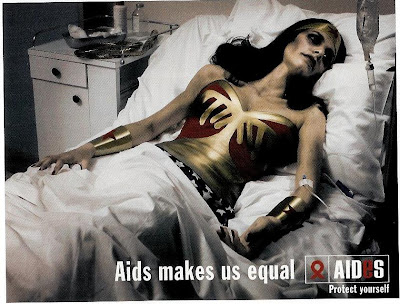