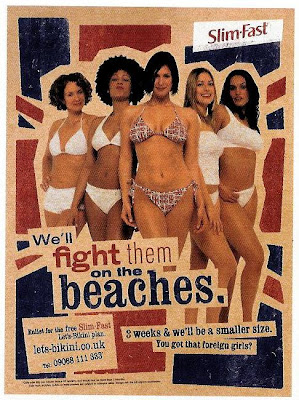 Once a memorable turn of phrase becomes part of the cultural ambience, it's only a matter of time before it gets appropriated for a headline.  (How many times have there been variations of "Give me your tired, your poor..."?)  This 2005 British ad borrows (with incorrect phrasing) from Churchill's famous 1940 speech to the House Of Commons during the Battle of France in World War II (as I'm sure any of the Rhodes Scholars pictured above could tell you):