Workin' the angels -- I mean, angles 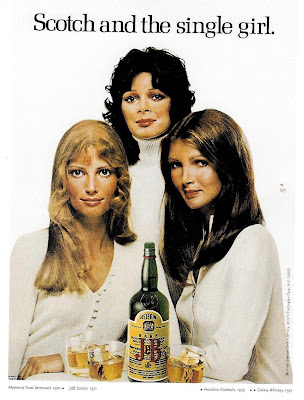 Of all the messages you could probably read into this 1971 ad for J&B Scotch, the most obvious would be the allusion to the 1962 best-seller, "Sex and the Single Girl."  Written by (former ad executive) Helen Gurley Brown, the somewhat autobiographical book challenged the then-prevailing notion of the single woman as unfulfilled and whose only true goal was to become a wife and mother.
To the contrary, Ms. Brown extolled the virtues of the single life, and encouraged women to assert their independence, financially and otherwise.  The book's success prompted Hearst to lead their effort in reviving its flagging Cosmopolitan magazine.   Under her editorship, circulation soared as Cosmo became a leading voice of feminism, woman's liberation and the sexual revolution.
But what I see most when looking at that ad is a curious presaging of the "Cosmo-Girl Cops" that were still 5 years away: 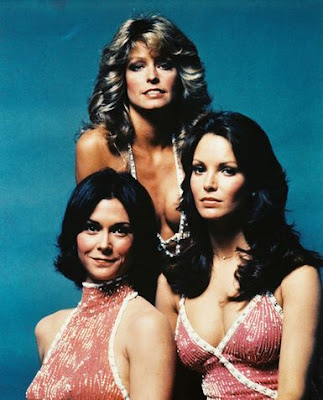