Which came first? The movie or the ad? 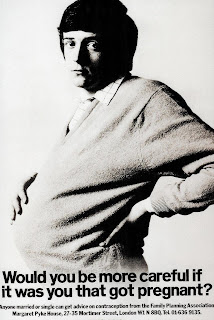 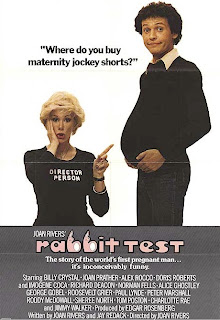 Actually, this 1970 British ad preceded the Joan Rivers movie by a good 8 years.  No telling if Ms. Rivers was inspired by the ad's melancholy image; more likely it was just an extrapolation of the frequently invoked feminine observation that begins "If men had babies, then..."
Joan Rivers wrote and directed the movie, and packed the cast with a comedic Who's Who of the late 1970s: Imogene Coca, Norman Fell, Paul Lynde, Tom Poston and Jimmy Walker (What?  No Charles Nelson Reilly?).   You know the classic movie put-down the the book was better?  Well, in this case, the ad was better.
Ads Movies