No, she was never a real person, and in fact, her name preceded her face by about 15 years.  And in fact, the "Betty Crocker" who had been answering correspondence to the flour miller Washburn Crosby Co. (later known as General Mills) was a man.  But beginning in 1936, Betty was awarded full icon (and womanhood) status, beginning with the portrait you see above, an appearance that served her well for almost twenty years.  But fashion is a fickle thing, and along with Betty's numerous changes of clothing and hairstyles, the poor dear has actually had her features changed, to look younger, more contemporary, more Jackie Kennedy, more Mary Tyler Moore, more Ally Sheedy (depending on the era).

I've never been particularly fond of the periodic updating, if only because, as Betty keeps getting younger and more stylish, she seems to get less and less credible as a baking icon.  Back when she looked like your grandma, or even your mom at age 50, Betty just naturally exuded baking authority; you took one look at her and you knew, this was a woman who spent more time in the kitchen than in any other room in the house; whose recipe box was stuffed with hand-written index cards and yellowed newspaper clippings; who made baked goods from scratch and maybe even milled the flour herself, too. 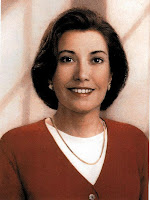 Somewhere along the way, baby boomers apparently wanted less of an authority figure (even one in an apron); maybe her pinched features made them feel guilty about the very short-cut they were purchasing).  Gradually, Betty became more of a peer, albeit a friend whose life was so "together," her effortless ability to juggle work and home life was a little annoying. 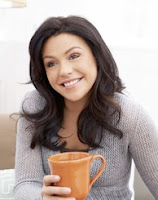 I will say this in Betty 8.0's defense, though.  As I gazed upon on her melded features (reportedly a computer-morphed combination of 75 different women of all ages and ethnicities), what jumped out at me more than anything was a sense of that other multicultural everywoman kitchen icon, Rachel Ray.  Almost as if, back in 1996, the folks at General Mills could see her coming and got there first.
Icons Marketing