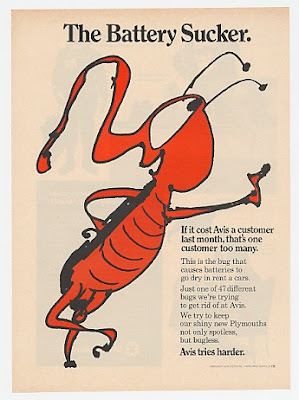 "Just one of 47 bugs we're trying to get rid of at Avis," the ad says.  In previous ads, Avis had never flinched at admitting responsibility for any problems; now the ads were creating humorous culprits to take the blame; the change in attitude couldn't be more stark.

And it probably didn't help that Essolube that run essentially the same campaign three decades earlier: 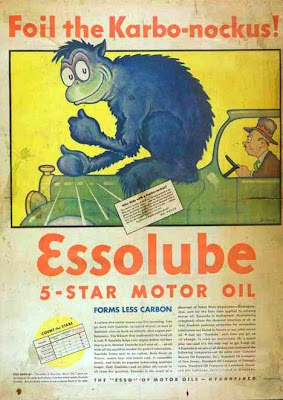 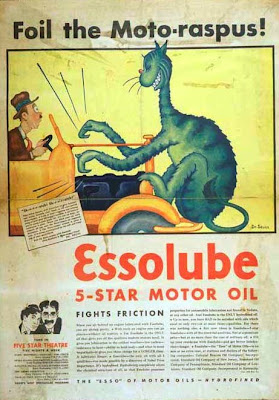 And if those illustrations seem vaguely familiar, yes, they're by Theodore "Dr. Suess" Geisel; long before he starting regaling children with tales of Horton, The Grinch and The Cat In The Hat, Geisel was a successful magazine illustrator, editorial cartoonist and advertising artist.
(Lots of other Dr. Suess-illustrated and concepted ads here.)
UPDATE 4:30 P.M.: Apparently, Shell also beat Avis in discovering its own engine-beastie in 1952. And judging by its devilish appearance, this one seems far more malevolent in nature: 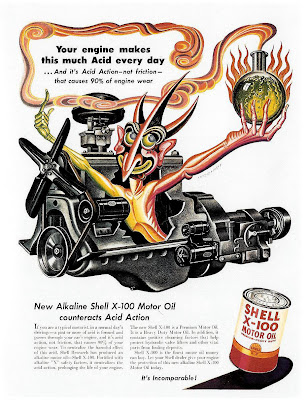