Actually, no.  It's not the Vlasic Stork, that avian deliveryman first employed in the 1960s to pitch "the pickle pregnant women crave...after all, who's a better pickle expert?"  There are similarities, obviously...the archetypal cartoon-stork's body, the little glasses, the bow tie.  But the SeaWorld stork's cap is different and he's wearing a vest (which the Vlasic stork, though you can't tell by the screen grab below, does not). 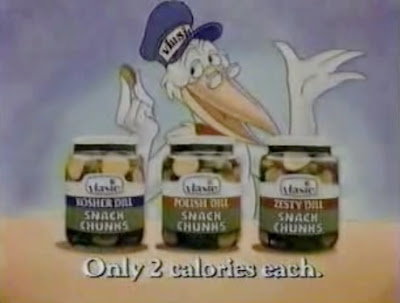 No, surprisingly, the SeaWorld stork looks a lot more like this fellow: 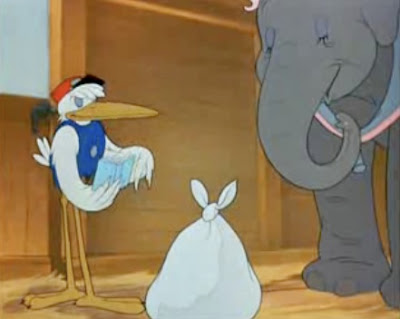 That's the stork delivering "Dumbo" back in 1941.
Billboards Icons