June 24, 2008
In this week's issue, Entertainment Weekly lists the poster for the 2001 remake of "Ocean's Eleven" as one of the most perfect posters of the last 25 years. 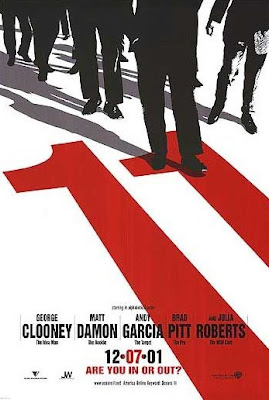 I like it. In fact, I even liked it when it as the cover of the Smithereens' third album eleven years earlier: 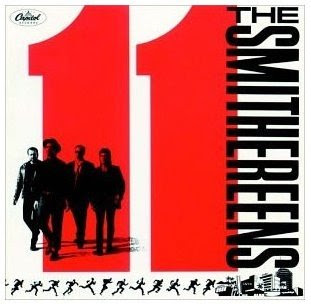 But the homages run both ways.  On this web site, Smithereens member Pat DiNuzio talks about the inspiration to him and fellow band member, Dennis Diken:

"When Dennis and I walked into a used bookstore and found a paperback book tie-in for Ocean's 11, that sparked our imagination to call our record Smithereens 11 and re-create the image of the paperback cover on our album."

He's referring to the original film of 1960, of course.  In fact, the album's liner notes include thank-yous to "Frank, Dean, Sammy and all of Ocean's Eleven."  Here's the paperback they must have happened upon: 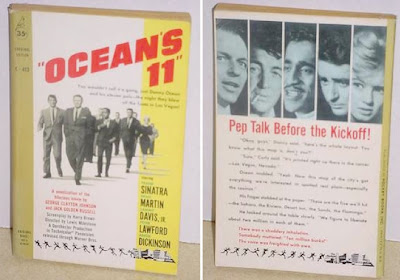 Among other similarities, you'll notice that the little silhouettes of the characters running towards a Las Vegas cityscape appears on both.

And then there's the back of the CD: 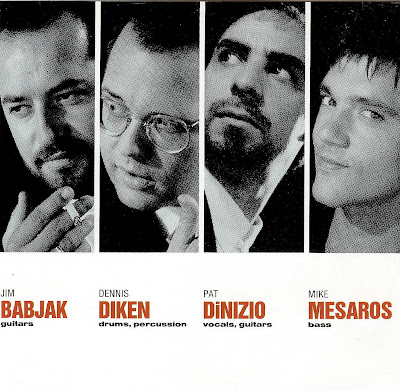 No word on whether an upcoming album will parody this movie: 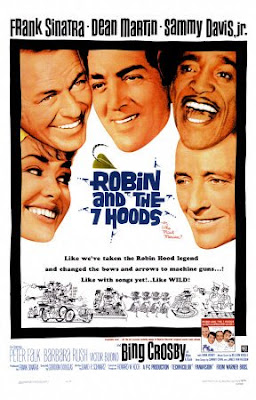 Elsewhere:  Advergirl talks about the power of "crack the code" advertising in the 6/23 entry on her blog.  I've covered something similar to that here.
Creativity Culture Movies Music