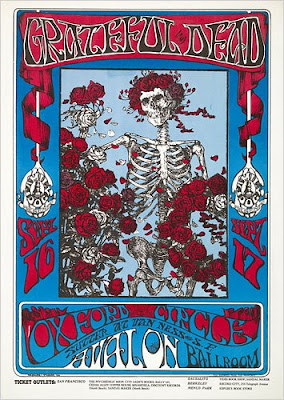 Alton Kelley, the artist best known for his 1960s concert posters for the Grateful Dead, Jimi Hendrix and others, died recently at 67. His warping typefaces, posterized graphics and lush, neo-art-deco style helped bring the psychedelic counterculture in to visual terms and was an obvious influence on his fellow artists and graphic designers.
And obviously influenced a lot of advertising art directors as well. (That same desire to prove you're "with it" than by your outward appearance resulted in balding, middle-aged men in bell-bottoms and love beads. ) 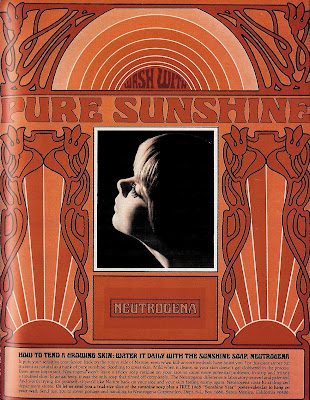 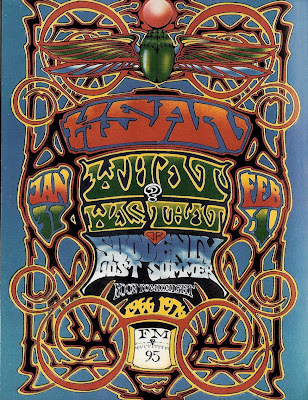 KSAN, 1976
And Kelley's influence is probably stronger than ever in today's graphic culture which samples and swipes from everything.  This homage, of course, is a natural: 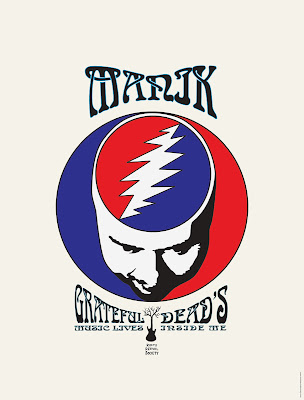 Roots Revival Society, 2007
But in a way, this earlier usage is even more appropriate: 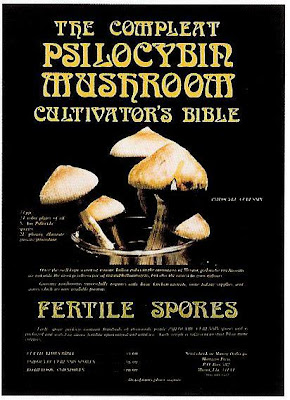