According to ad lore, Maidenform's "Dream" campaign was launched in 1949 in response to a study that found that women had "exhibitionist tendencies."  To say nothing of a pre-women's liberation desire for traditionally male-dominated occupations.  These women just never seemed to show up at church or the PTA meeting in their skivvies.
By the 1960s, the ads got more fanciful, more punny and even more less self-conscious: 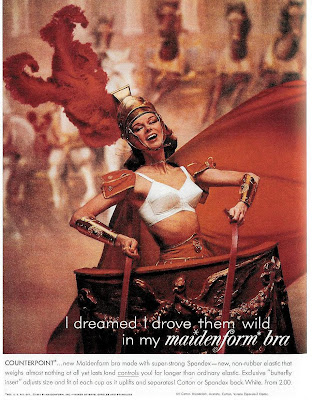 These women weren't just dreaming about exposing themselves in public, now they were reveling in it. 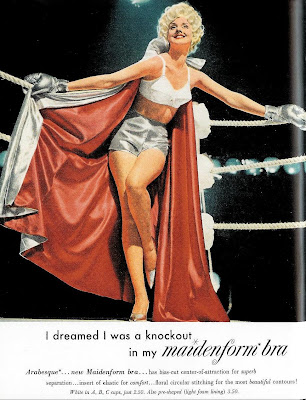 The campaign went dormant in 1971, but eight years later, it returned, this time balancing the outrageousness of the scenario with a steely, no-nonsense woman.  It managed to turn what was previously a girlish fantasy into a bizarre statement of female empowerment. 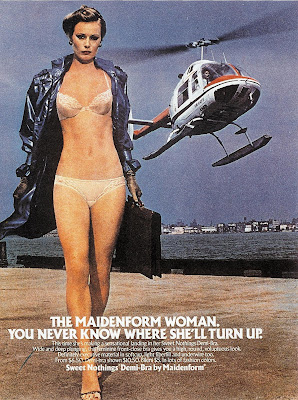 ...but one that just helped prepare us for this lady in the coming decade: 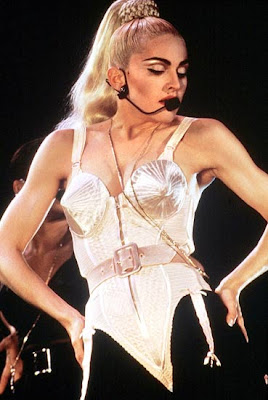 Yes, "I dreamed I was a world-famous, envelope-pushing pop star...in my underwear."
Ads Culture Entertainment Icons

Anonymous said…
Women need to be empowered more in general. They need to use their looks for good rather than use them for personal selfish persuits. When you get a moment check out: