Grace Jones and the Advert-Garde 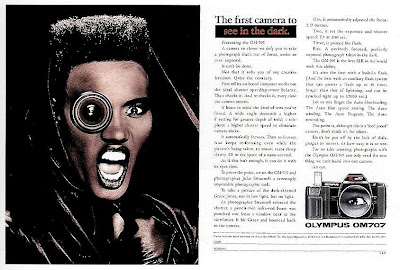 She's largely vanished from both pop culture and advertising, but for a while there in the '80s, Grace Jones was everywhere. Though she was a singer in the New Wave genre, and an minor actress in a series of forgettable films (including one of the worst James Bond pictures, "A View To A Kill"), she's best remembered purely for her image and style. Andy Warhol first was fascinated by her appearance, and following her makeover to her flat-topped, aggressive, androgyous look, the rest of the world took notice as well.

With her sleek, sinewy body, feral expressiveness, penchant for exotic clothing -- and her apparent willingness to be treated as more as a prop than a person -- she became visual shorthand for the edginess and "coolness factor" of which so many advertisers (or more often, their ad agencies) aspire. Call it the Advert-garde, if you will, the leveraging of the boundary-pushers in art and culture for the purposes of marketing. 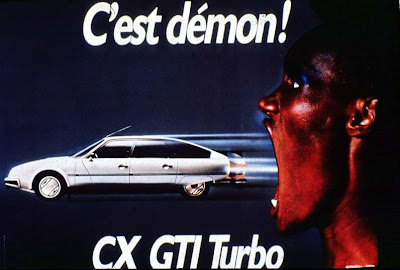 (And if you think the above image is freaky, see it in the commercial:


By the end of the decade, the "shock of the new" she represented became the shrug of the familiar." And you know what familiarity breeds.
Ads Culture Entertainment Icons