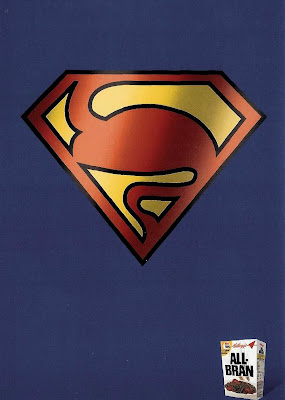 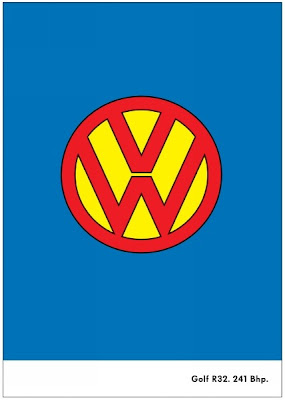 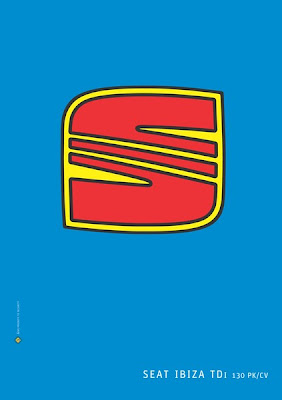 The secret identity behind all these mild-mannered homages is (as if I had to tell you), Superman -- more specifically, the "S" shield upon his chest. 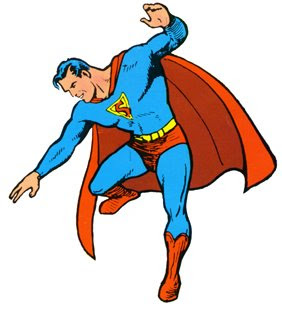 Easily one of the most recognizable logos around the world, as this site explains, it actually wasn't the first insignia the Man of Steel wore on his chest. In his earliest 1939 appearances, it appeared as the triangular shape at right. It slowly evolved over the next 4 years, until Superman's publisher, National (now DC) comics, realized that to trademark the character they first had to finalize and standardize the design. With Superman #26, the "S" was now in the familiar shield design that we've all come to know over the past 60-some years, although its real power as an cultural icon probably came with 1978's "Superman: The Movie," and this iconic image (also used as a stunning teaser billboard at the time): 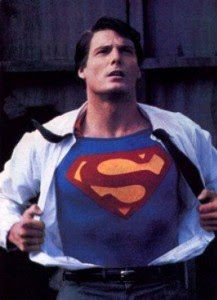 With its simple shapes and primary colors, its proven to be easily adaptable to all manner of corporate logos and ad messages --which probably gives DC and its lawyers a kryptonite-strength headache.

Of course, it all came full circle in 2006, with this movie poster: 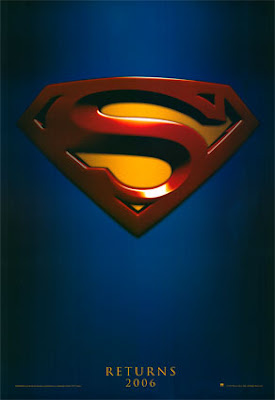 (Speaking of lawyers, I better close with this: Superman and related trademarks are copyright of DC comics.)
Ads Culture Entertainment Icons Movies